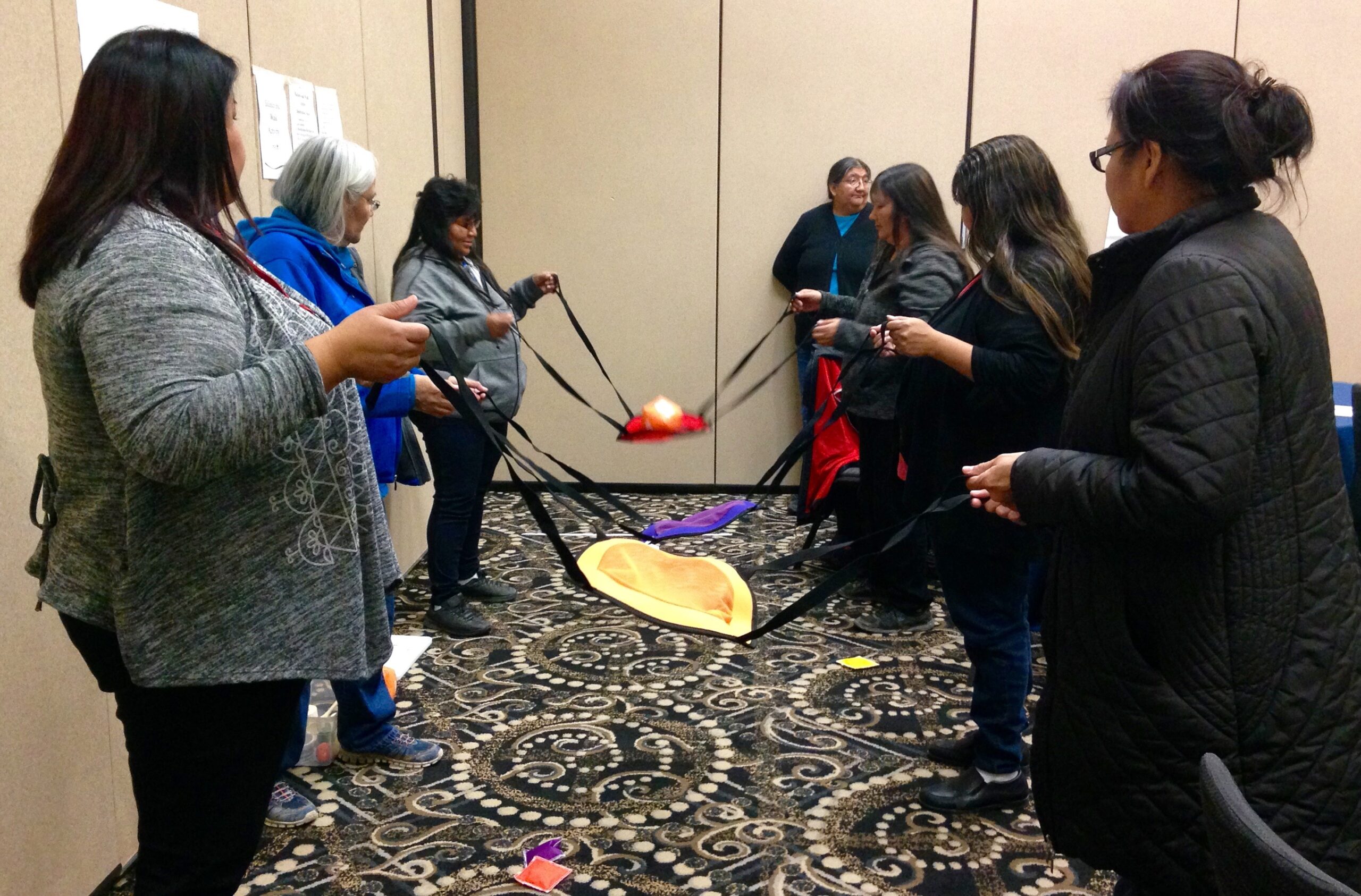 Every year in the fall, MFNERC hosts the First Nations Circle of Knowledge & Practices Conference (FNCKP). Last week, the Victoria Inn Hotel and Convention Centre was the site for this exciting event, and we hope the ideas and knowledge shared will resonate with participants for months to come. Here’s a look back at some highlights…

Day one began with an inspiring opening ceremony, including words from Grand Chief Sheila North Wilson and Grand Chief Derek Nepinak. The keynote address was presented by Darrick Baxter of Ogoki Learning Inc, a company that develops Indigenous language apps. Since this year’s theme for FNCKP was “Language Revitalization: An Elder’s Vision” a discussion about ways to connect young people with their languages was a fitting way to open the conference.

From there it was non-stop workshops, networking and re-fueling with coffee at the trade show. Most workshops were filled to capacity and covered many areas related to language and cultural resources for the classroom. For example, Language & the Star Chart, with William Dumas and Larry Tait, taught participants how to use information related to the Cree language and the placement of the stars in the sky in their language unit planning. Norbert Mercredi gave a much-praised and well-attended workshop on using traditional First Nations games in Physical Education programming, and a representative from the Assiniboine Park Zoo presented a new feature entitled We Are All Related, a cross-curricular program focusing on the relationships between First Nations, Métis and Inuit with the animals and land of Manitoba.

Throughout day two, many other presentations focused on different tools, both traditional First Nations and western approaches, that can be used for language revitalization. In Bimaadiziwin – Anishinaabe Life Model Albert McLeod explored an Ojibwe language matrix developed by Roger Roulette in 2009. While Food Matters Manitoba gave an engaging workshop entitled Cultivating Identity: Our Food, Our Health Our Culture, Dave Thiessen and Michael Li of MFNERC walked participants through creating a Web-based community map with GIS technology.

Overall, once again the First Nations Circle of Knowledge & Practices Conference was a huge success and MFNERC would like the thank everyone who took part – presenters and participants – and we look forward to seeing you next year in Winnipeg.