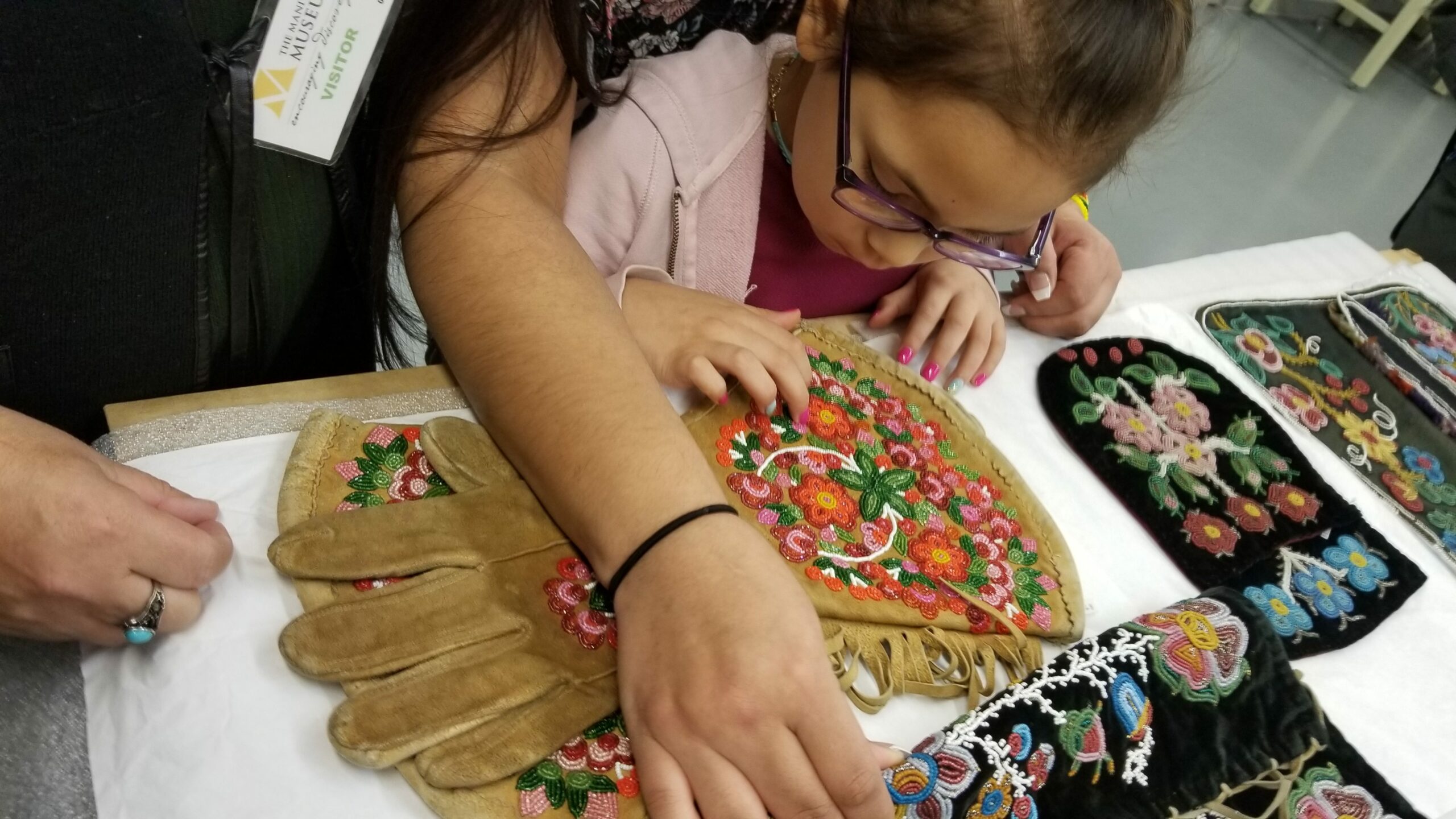 On November 26, 2018 community members from Fox Lake Cree Nation came to Winnipeg to look at some artifacts that were given to the Manitoba Museum originating from York Factory (where the community stems from).

Maureen Matthews, the Curator of Cultural Anthropology at the museum brought us to an upstairs area that is closed from the general public. We drank tea and read over five language resource books the Museum developed. Some were on traditional practices of another First Nations community, Norway House, and others were traditional stories. Each of these books were done in Ojibwe-Cree for the Island Lakes communities and also in Cree for Norway House Cree Nation. In one book you’ll find beautiful photography of an Elder sharing a teaching on making birchbark baskets, with a photo of each step accompanied by English, Cree, and syllabics. In “Wesakechak and the Loons” there are audio files of Jackson Beardy and his son Byron Beardy telling the story with loon calls in the background. 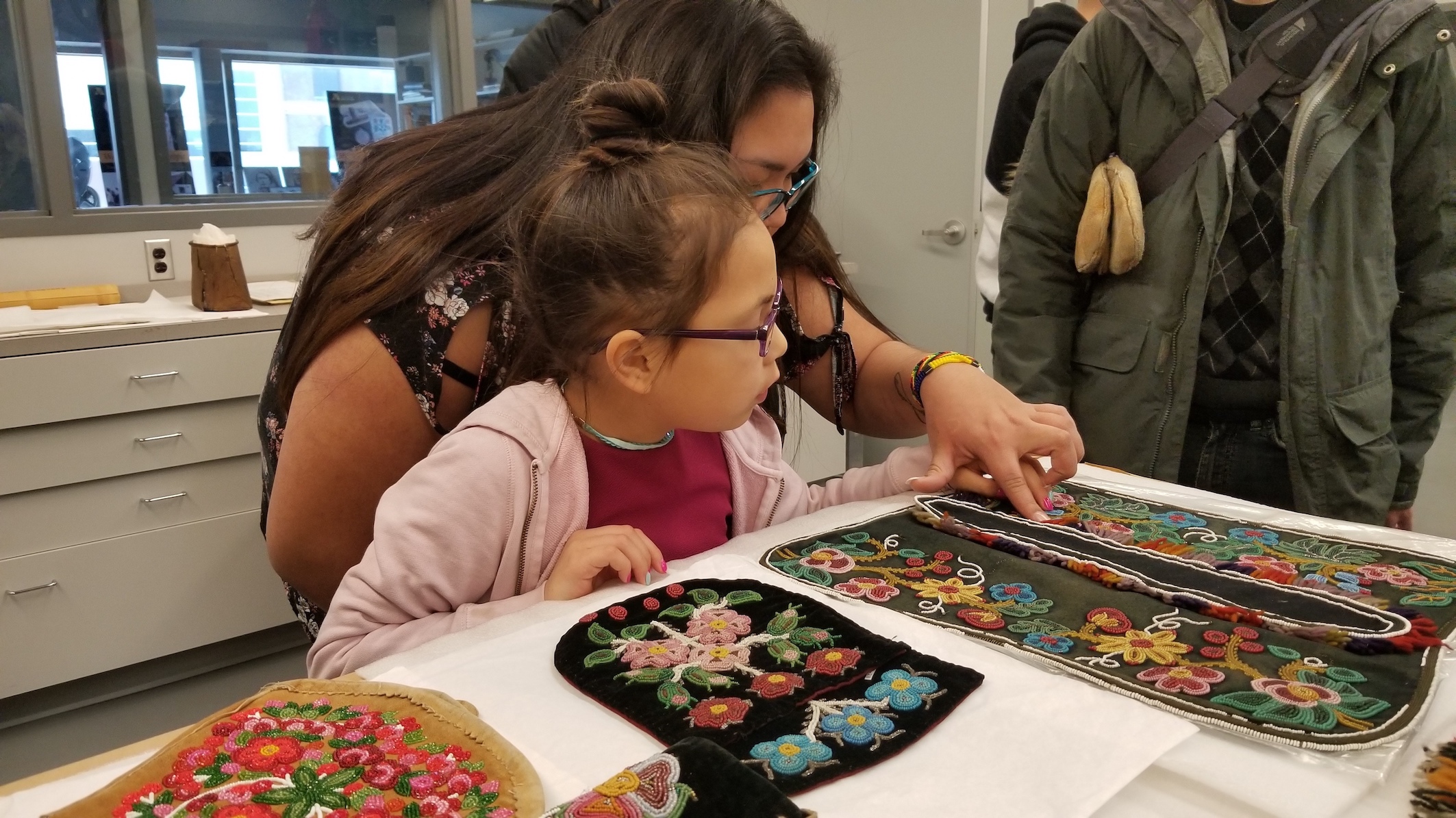 Cindy Spence, Principal of Fox Lake Native Spiritual School, mentioned how there is an abundance of artwork from the Fox Lake territories in the museum and there is none reflected at the school. She plans to change this. The project will include professional photos of each artifact from the museum to be blown up and used as a gallery walk for the community school to show reclamation of culture, history, and knowledge for the youth. “We want some of that art and history to be visible to the young people”, says Spence, “So they can be proud of their past and where they came from, and if they want to they can carry on those forms of artwork themselves.”