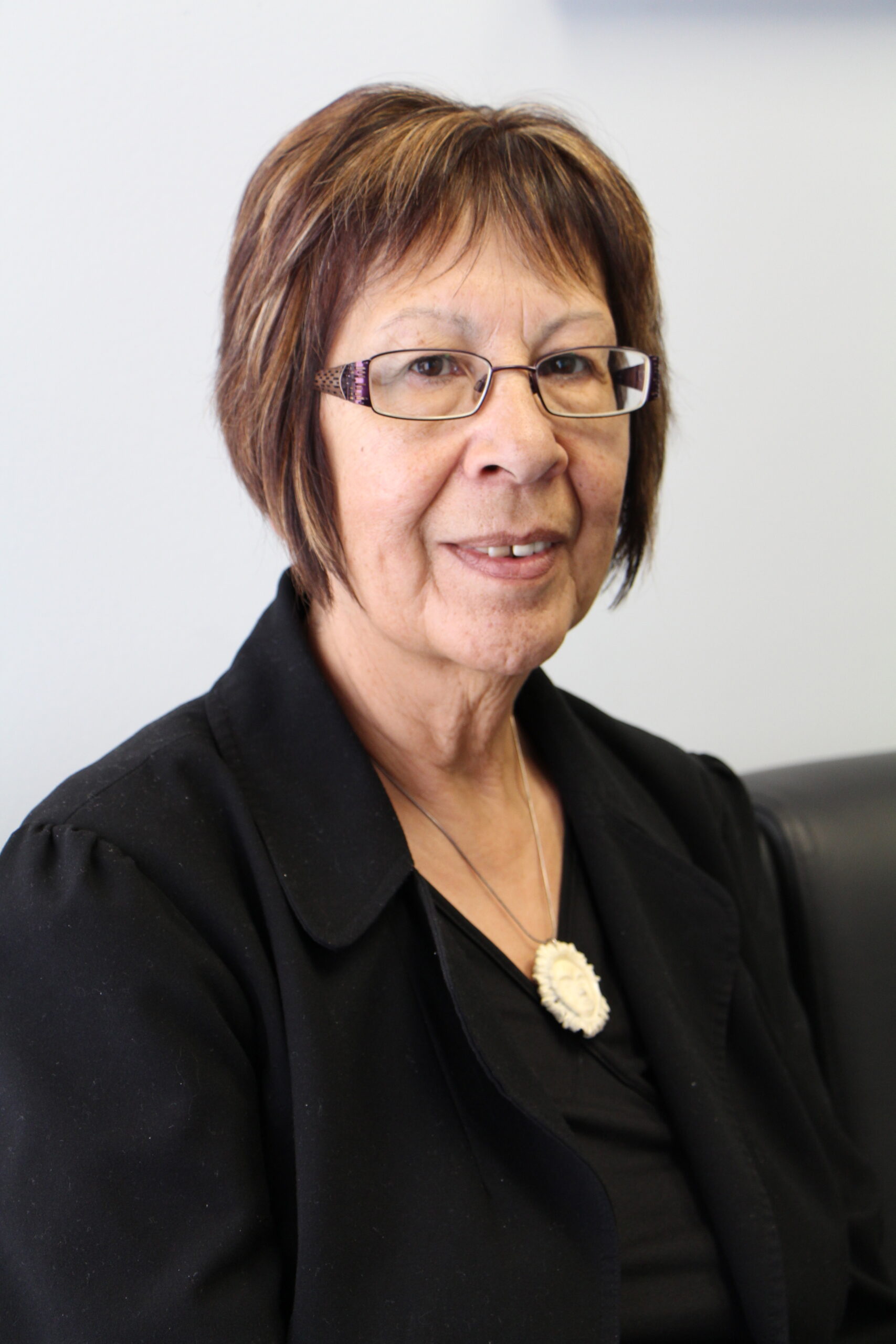 For Gwen Merrick, Associate Executive Director at MFNERC, everything she does is for children and youth. This does not just apply to her own children, (plus grandchildren and great-grandchildren), but all First Nations children and youth in Manitoba. This desire, to see children grow, thrive and succeed, is the foundation upon which her career was built.
Gwen attended university at a time when First Nations teachers were a rarity.  Fortunately, in her home community of Fisher River, there were three qualified First Nations teachers. One of them was Verna Kirkness, who went on to become a national leader in First Nation education. Verna, along with support from family and many other role models, mentored, encouraged and inspired Gwen.
After beginning her career as a Guidance Counselor, Gwen easily made the transition to teaching and thrived on the joy it gave her to build relationships with children in her classroom. She taught at all levels from elementary to high school and post secondary, and eventually went on to earn her Masters in Education. From there, her career moved into  the post-secondary programming and administrative realms.
In 1998, she became part of the team tasked with building the MFNERC, by the Assembly of Manitoba Chiefs. Gwen was responsible for programming and has provided support in this area, as well as organizational development in various capacities in the organization since. She has developed and written, working collaboratively with many diverse people, numerous concept papers, proposals and reports to ensure that the MFNERC addresses the priorities of First Nations.
Gwen has noted that the journey has been exciting and challenging but worthwhile. Fourteen years and over 130 employees later, she is honoured to have played a role in moving the MFNERC from a small centre with just a handful of staff, to a multifaceted organization that meets the needs of Manitoba’s First Nations schools, with extensive coordinated, educational services and supports.
Today, as Associate Executive Director, Gwen uses her strengths and gifts to ensure that the MFNERC remains community-based and relevant. As well, she uses her extensive knowledge of education administration, program, curriculum and organizational development, as well as, evaluation at the First Nation, national and provincial levels, to ensure all the programming at MFNERC leads to its vision and mission.