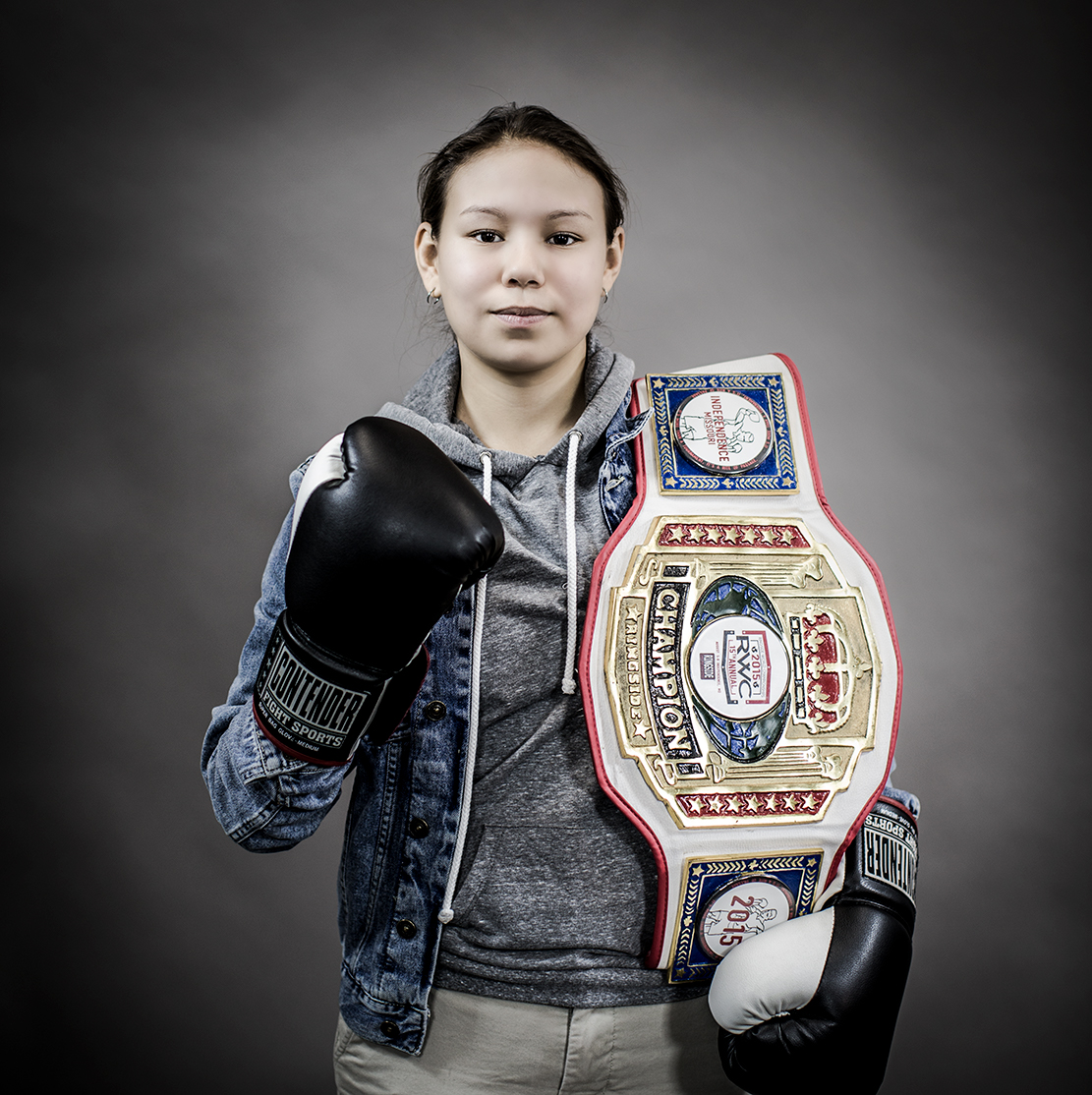 Kenzie Wilson is an impressive young woman from Cross Lake First Nation. In 2011, she was awarded first place in MFNERC’s Lighting the Fire Student Essay Contest for her essay titled “How Can Education Make My Life Better.”

Highlighting the importance of incorporating land-based education into the curriculum, her essay received such widespread recognition that she was invited to participate in the final roundtable of the National Panel on First Nations Elementary and Secondary Education in Ottawa. Wilson was one of just three students who attended the roundtable discussion on how to improve education for First Nations students and recommendations to achieve this national priority.

This extremely talented teen is also a boxer. She started training in middle school through an after-school program. While this might have been a challenge for others, Wilson successfully integrated boxing into her school life. She trained hard and it paid off. In 2015, Wilson made headlines again after she won the Ringside World Championships in Kansas City.

Adding to this achievement, when the electronic music group, A Tribe Called Red, was looking for a strong Indigenous woman to feature in their new video “Stadium Pow Wow” they chose Wilson. As a major fan of the group, she was excited and felt humbled that they considered her.

“It feels pretty cool that they see me as a strong Aboriginal woman,” she said.

Wilson recently started studying kinesiology (the scientific study of body movement) at the University of Winnipeg. She believes this will be a great complement to her boxing career. “It’s learning more about exercises and getting a background in nutrition. After boxing, maybe I can go into a career in physiotherapy,” she said.

Kenzie Wilson is a shining example of brains, brawn and ambition. At just 18 years old, she is a role model and a positive influence in her community. Undoubtedly, we will be hearing more about her success.

Do you know of someone who should be featured on our blog? Please email us tracelync@mfnerc.com and tell us about them. #fnsuccess