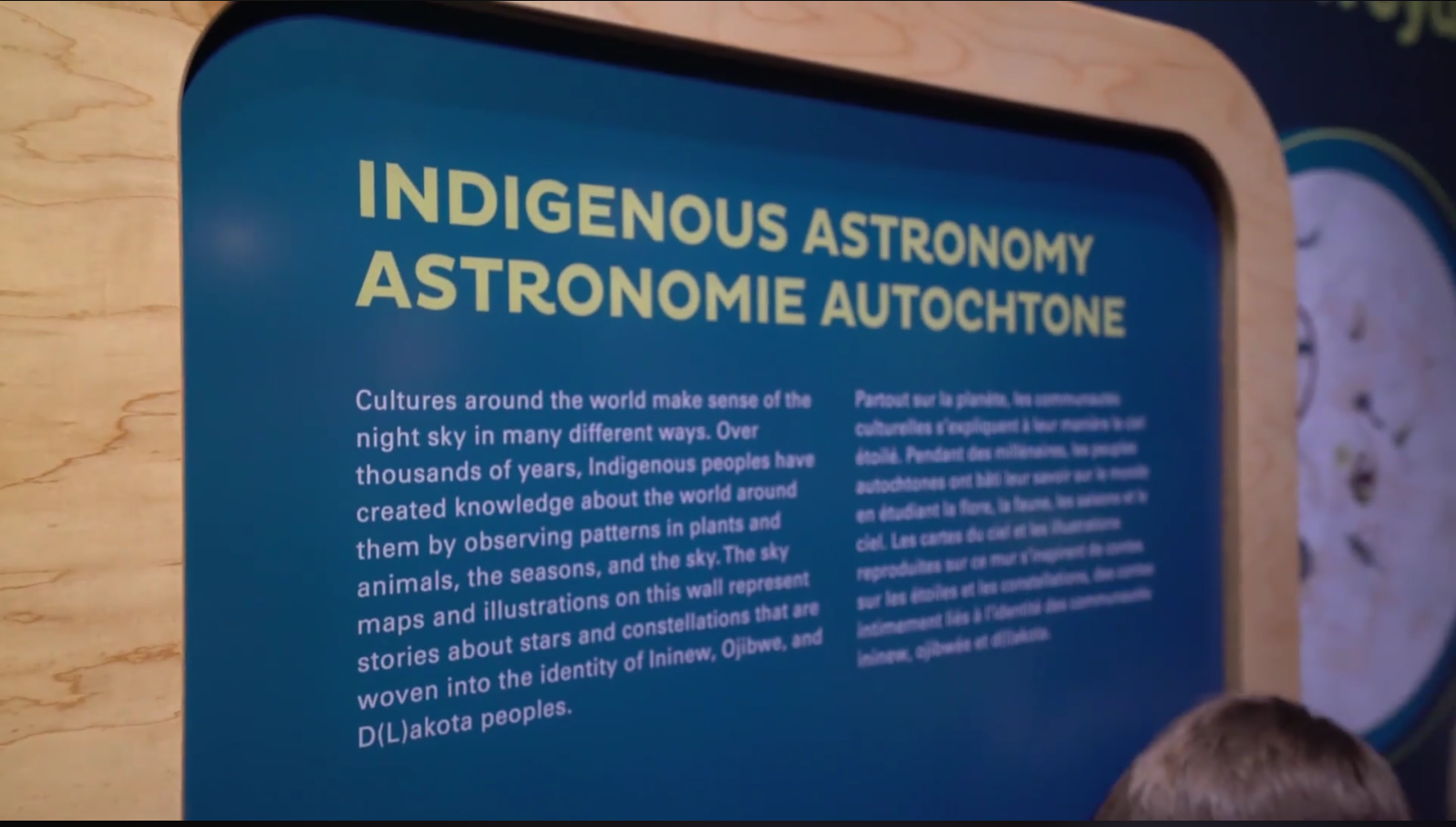 MFNERC Science Facilitator Wilfred Buck has co-curated an exhibit at the Canada Science and Technology Museum in Ottawa.

He’s been working with First Nations schools to bring an Indigenous perspective to teaching science. Buck is well known for his star stories and for using a mobile dome-shaped planetarium to teach First Nations students about Cree constellations, such as Atima Atchakosuk: The Dog Stars and Niska: The Goose.

Now, he is sharing this knowledge Canada-wide with his exhibition, One Sky, Many Astronomies co-curated by Annette S. Lee. The exhibition is taking First Nations astronomy to new heights and reviving thousands of years of tradition of looking at the night sky by the First Peoples of North America.

According to Buck, who is from Opaskwayak Cree Nation, Canada’s Indigenous peoples developed their own extensive knowledge of the stars, which originated in early history.

“Every culture in the Northern Hemisphere saw the same sky at night, and they all had their own constellations, mythologies, and teachings,” he says. “Star stories are part of our belief system. Knowledge of the stars is found in many aspects of our culture including storytelling, symbolism and religious traditions.”

Wilfred Buck is also set to launch his first book, Tipiskawi Kisik: Night Sky Star Stories, which holds a myriad of tales rooted in an Ininew (Cree) perspective. Through an exploration of stars and constellations—and their associated mythologies, this book presents age-old knowledge held by Indigenous people prior to European contact. These stories can be passed on to the next generation, so they will know of the rich history, science practices, and culture of the Ininew people.