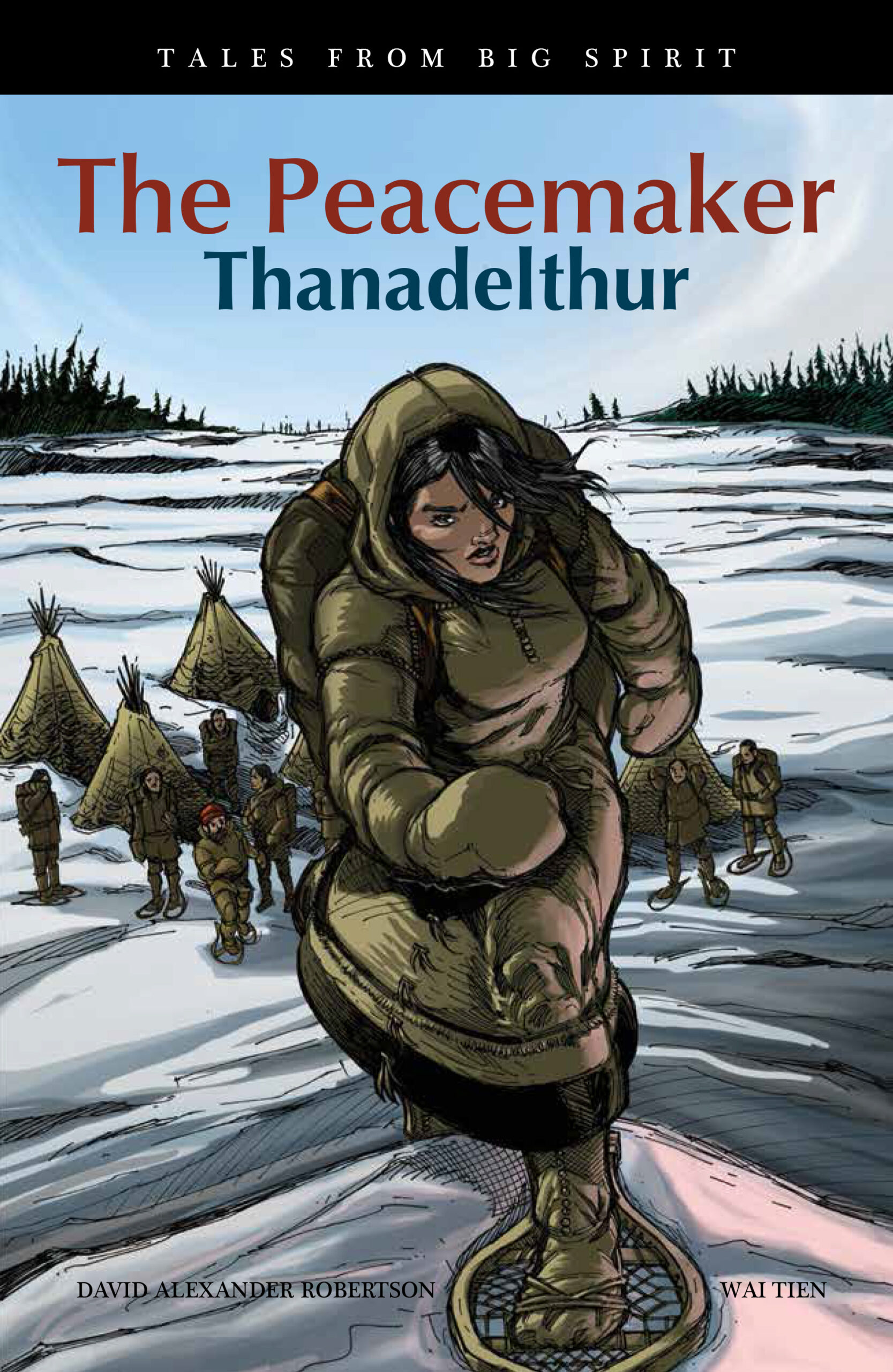 One thing I hope to achieve with this blog is that it be an opportunity for guest bloggers. So I recruited my co-worker Kirby Gilman (MFNERC’s Editor) to be the first, and to write a post. We came up with the idea of reviewing David Robertson’s new graphic novel series, Tales From Big Spirit.
So thank you Kirby for submitting the following review: 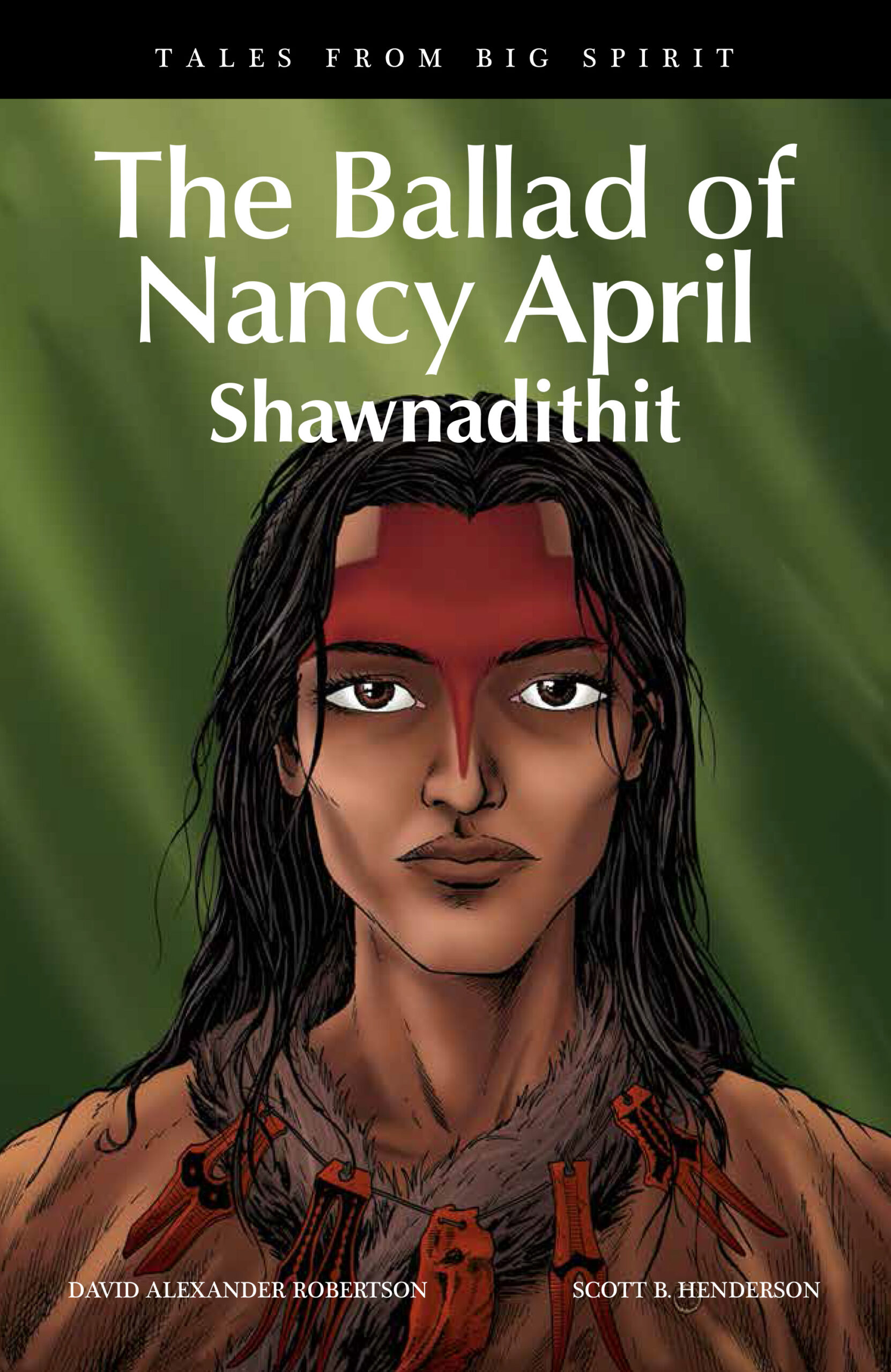 Each of the six novels involves a main character who attends grade school on the Big Spirit First Nation in Manitoba. Struggling with their own issues in the modern age, these students find themselves learning lessons from historic Indigenous figures.

In The Peacemaker: Thanadelthur, young, introverted Cole gets the courage to speak in public after learning of the bravery of the Cree-Dene translator, Thanadelthur, who escaped from slavery and helped make peace between the two tribes.

Robertson smoothly transitions between the present and historic ages in often subtle and mysterious ways, allowing the students to interact with the Indigenous history makers. For example, Jessie’s broken necklace at the beginning of The Ballad of Nancy April: Shawnadithit gets magically replaced after she wakes from a dream about this last surviving member of the Beothuk tribe from Newfoundland.

Three different illustrators worked on the books, all producing art very similar in style, and all succeeding at what graphic novels do so well—making stories come alive through pictures and more accessible for reluctant readers.

Looking for ways to make your history lessons more exciting or maybe even brush up on your own knowledge? The Tales from Big Spirit series of graphic novels wraps up thrilling history lessons into fun picture packages, all while connecting to problems faced by kids in a modern First Nation.

Other books in the series explore the gripping tales of soldier Tommy Prince in WWII and the Métis rebel Gabriel Dumont who fought for justice alongside Louis Riel. Access the Tales from Big Spirit series, along with Robertson’s other set of graphic novels, 7 Generations, at the MFNERC’s Instructional Resource Centre and McNally Robinson.