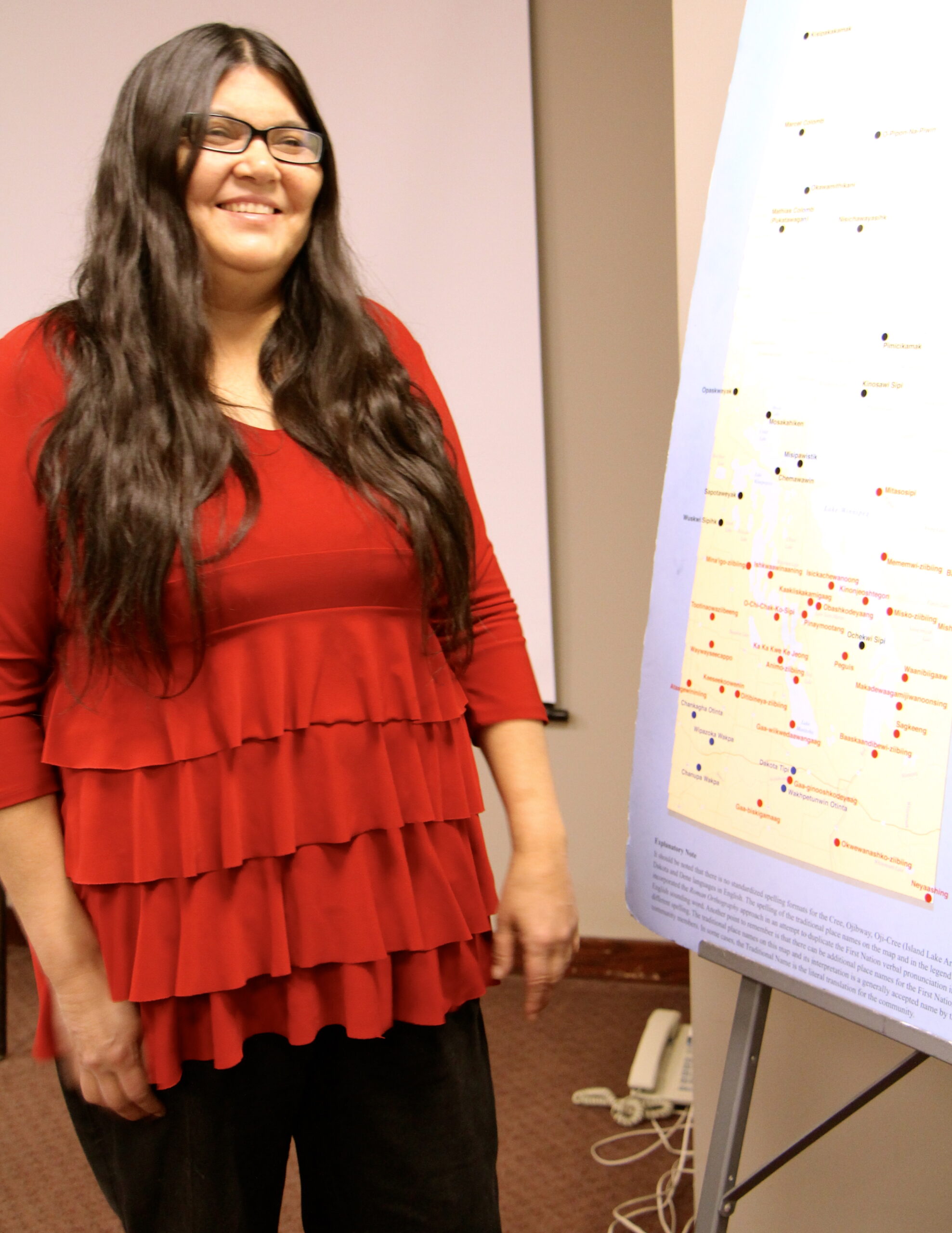 One of our many active departments at MFNERC is Research and Development. The R&D team works on a myriad of projects, and one that is nearing completion is the Traditional First Nations Community Names Map.
“We want to show people who don’t speak the First Nations languages how the Aboriginal people have always referred to their homelands,” explains Andy Thomas, R&D Specialist out of Thompson, MB.

There are five distinct First Nations languages in Manitoba – Cree, Ojibway, Oji-Cree, Dakota and Dene – with 64 communities being featured on the map. The first phase, a large scale 39 x 49 inch wall poster, has been completed. The second phase, which includes a video component, is nearing completion.
“Once finished, the map will be an interactive tool. People will be able to click on a place name and hear the name being spoken in the traditional language, with the English definition.”

For example, Hollow Water First Nation is an Ojibway speaking community located approx. 190 kilometres north of Winnipeg. In Ojibway the term for this community is “Waanibiigaaw” which means “Hole in the River”. If a user were to click on “Wannibiigaaw” on the interactive map, they would see Wanda Barker from that community describing these very points. “The area is rich with stories and legends,” describes Wanda. “There is even a creation story, describing the muskrat coming out of a ‘hole in the river’ in this area.”
For a culture so connected with place, seeing the names of your homeland in the traditional way is meaningful and important. Sharing that knowledge with others is even more important, and that is the goal of this very fascinating project. “Any school, any organization can use this map as a way to promote information regarding Traditional First Nation Community Names,” concludes Andy. “Seeing the finished project will be very fulfilling.”
Order your own copy of the map here.