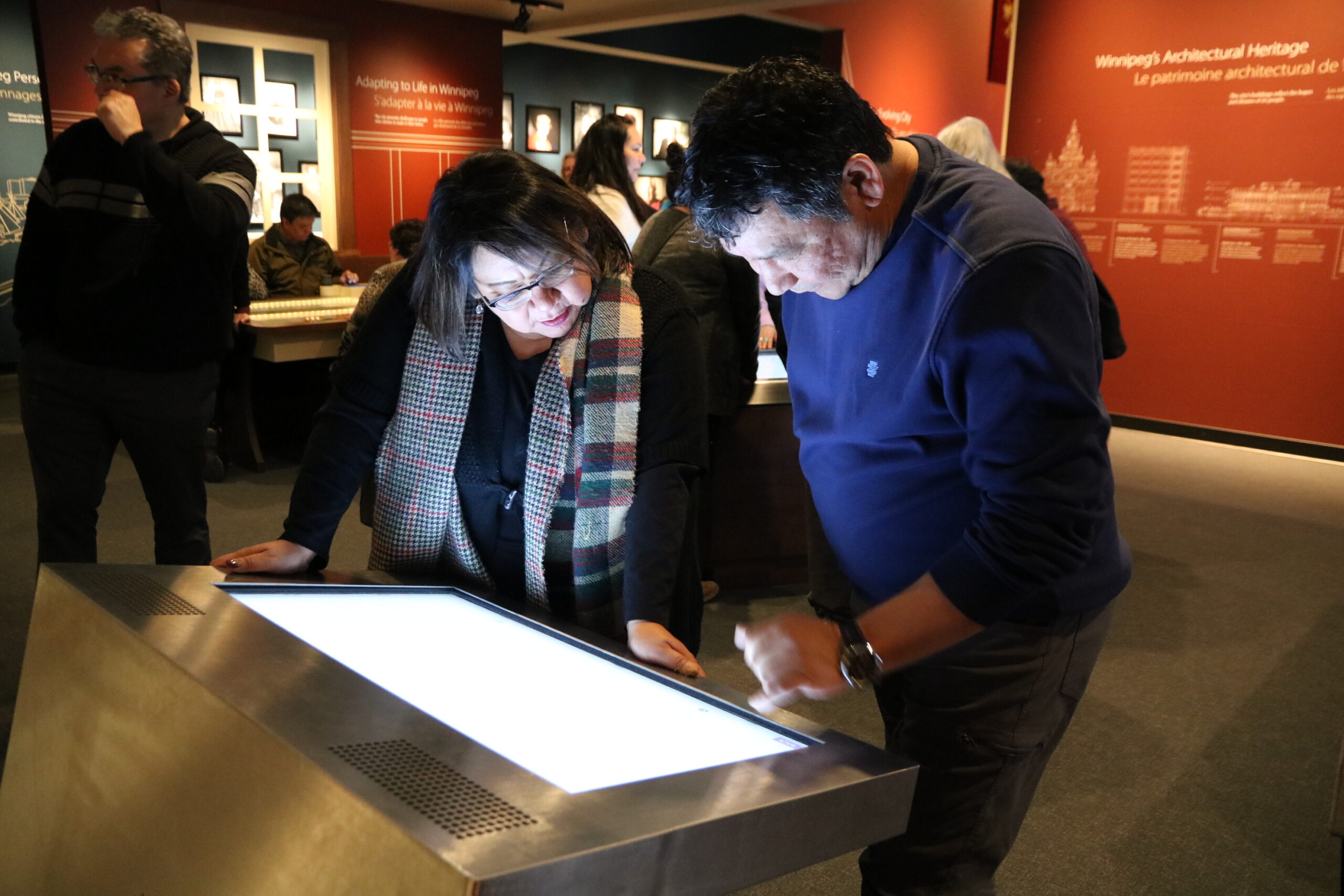 In December 2019, MFNERC’s Research and Development (R&D) team met with staff from the Manitoba Museum to discuss potential education partnerships projects. This meeting was held at the Manitoba Museum and included a personalized tour led by Dr. Maureen Matthews, Rachel Erickson, Rob Gendron, and Nancy Anderson.

In recent times, the Manitoba Museum established notable First Nations outreach education projects, including Spirit Lines, which was developed in partnership with members from First Nations and won an international award. The project was a collaborative and innovative initiative, merging Indigenous heritage and museum expertise to preserve cultural history that may have otherwise been lost.

Upon receiving this award, Claudette Leclerc, executive director and CEO of the Manitoba Museum, said, “This award affirms the importance of collaboration and connection with Indigenous People as museums work to build relationships with communities whose collections we hold in trust.”

According to the museum’s website,  “The Manitoba Museum is located on Treaty 1 land and the homeland of the Métis Nation. These lands, occupied for thousands of years, are the traditional territories of the Anishinaabeg, Ininiwak, and Nakota Nations. The museum is committed to collaborating with all Indigenous Peoples of this province, including the Dakota, Anishininiwak, Dene, and Inuit. We acknowledge the harms of the past, are committed to improving relationships in the spirit of reconciliation and appreciate the opportunity to live and learn on these traditional lands in mutual respect.”

Based on the museum’s work, promotional literature, and First Nations collections, it is evident that the museum upholds its mandate to work with First Nations meaningfully. The intent of the R&D team meeting with museum staff was to create and establish a partnering relationship that could lead to education programs, a concept that Manitoba Museum staff expressed a willingness to discuss further.

The additional objective of the meeting was to advise the museum of the creation of the Manitoba First Nation Archives project and the possibility of producing replicated artifacts that the museum has in their collections to be displayed at the Archives located at the Winnipeg Office.

The museum presently displays the Berens Family Collection. This collection, acquired through the generosity of many community leaders, consists of a Chief’s Treaty Medal No. 5 and Chain, given to Chief Jacob Berens at the signing of Treaty No. 5, September 20, 1875; the Chief’s 1901 Commemorative Medal and Ribbon, granted to Chief Jacob Berens in 1901; and a Treaty Suit. These items were graciously donated to the museum for long-term preservation. We assume family members donated these items to the Manitoba Museum because there are no existing First Nations archives in Manitoba, suggesting otherwise.

Going forward, First Nations need to create their own historical and cultural centres. The R&D team will provide updates on the evolution of this initiative. The Manitoba Museum wants to build relationships with community collections that they hold in trust.